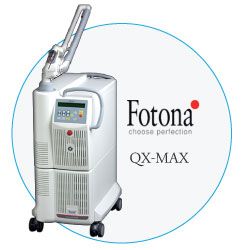 Premium Tattoo Removal is about professional tattoo removal and modification. We will always provide you the most up to date, tattoo removal technology, and service to our clients. We want the highest performance and best-made laser systems in the world, no compromise. So, in the end, the decision was simple.

The Fotona QX-Max Q-switched Nd: YAG nanosecond Laser, IS “the highest performance, and best-made laser system in the world“.

Its light energy is so powerful, so pure, it has the ability to penetrate into the deeper lying tattoo pigments and lighten or remove the most complex, multi-colored tattoos, including purple, orange, yellow, green, sky blue and pigmented lesions without damaging the outer layer or surrounding skin.

This Laser delivers the highest energy, in a single nanosecond pulse of any laser available, ensuring the maximum efficiency per treatment. The white frosting noted after the laser pulse, actually forms an optical shield over the tattoo, so subsequent laser shots have zero effect on the tattoo ink. Other lasers produce similar energy levels to the Fotona QX-Max, but over to TWO successive pulses. With the formation of the optical shield frosting after the first shot, the second shot is rendered useless.

Laser wavelength must be considered when removing tattoos from the skin, especially with complex multi-colored tattoos. The wavelength determines which pigment color or chromophores the treating laser’s energy will be predominantly absorbed in for selective removal. To ensure safe and effective treatments you’ll need various wavelengths to treat a wide range of tattoo colors.

Homogeneity of a laser beam profile ensures greater safety during treatments since laser energy is evenly distributed across the treated area. Epidermal damage is minimized and the risk of bleeding, tissue splatter and transient textural changes in the skin is decreased. Fotona’s advanced Q-switched laser technology relies on groundbreaking solutions such as patented OPTOflex® and Vacuum Cell Technologies to produce an almost perfectly homogeneous beam profile, resulting in safer and more effective treatments for your patients.

An example of Fotona’s technological expertise can be seen in in the patented VSP (Variable Square Pulse) technology, which creates precisely controlled sequences of square-shaped pulses that serve to maximize patient safety by minimizing excess laser energy absorption into the skin and other body tissues. VSP pulses avoid the slow rise and even longer drop-off in pulse power that is common in less-advanced light-based technology platforms. Slow rises and long falls in pulse power transfer unnecessary laser energy to body tissues, which is then inefficiently converted to heat, increasing the risk of unwanted side effects and reducing the efficacy of the treatment. Fotona’s VSP technology eliminates the problem of heating surrounding tissues, enabling practitioners to confidently and precisely treat specific body tissues with unmatched efficacy.

Another of Fotona’s pioneering safety features, EFC (Energy Feedback Control) actively monitors and controls each individual laser pulse’s energy level using a sophisticated double-channel safety structure to provide the highest possible degree of safety for all procedures. EFC avoids uncontrolled losses of energy that are inherent in less-advanced laser technology platforms, and ensures efficient and effective operation each time the system is used.

With EFC, the laser output energy is continuously regulated by two energy meters, ensuring that the output energy is exactly matched to the chosen treatment parameters for safe and effective operation. In addition, an added benefit of EFC technology is that Fotona laser systems do not require a tedious and inconvenient manual calibration procedure each time the system is switched on.

Since 1964 Fotona has been one of the true pioneers of the laser industry. They are recognized as a world leader in the innovation, development, and manufacture of state-of-the-art laser systems for medical applications. www.fotona.com

Learn more about how the laser tattoo removal process works. 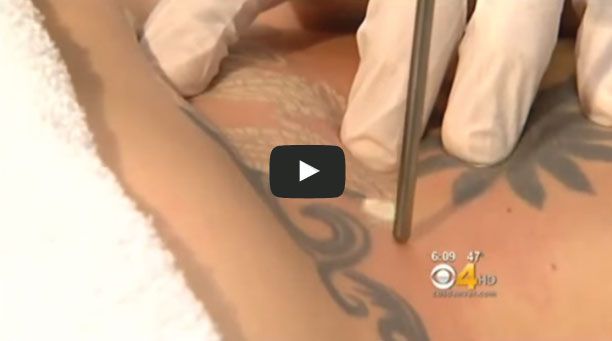 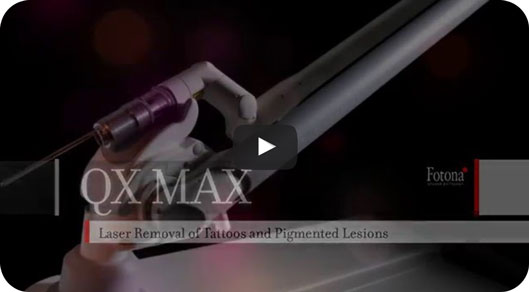